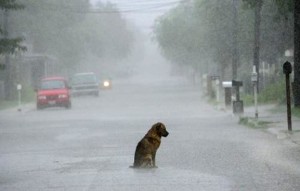 Loneliness is terrible. In the most connected generation ever, I believe that people are in fact more lonely than ever.

But there is one person who still stands as the loneliest of all.

This morning I was reading Matthew 27, the story of Jesus going to the cross. It’s pretty brutal stuff, physically, emotionally and spiritually. It is a rated R story (see The Passion of the Christ by Mel Gibson).

Let me give some context to the story:

This was a man alone.

While hanging on the cross, after being lied about, abandoned, betrayed, abused, and denied justice, Jesus heard these words from the mouths of the religious leaders, “He trusts in God. Let God rescue Him now if He wants Him….” (Matthew 27:43).

STOP FOR A SECOND

Ever been there? Alone? Scared? Victim of injustice? Mocked? Abandoned? And you knew, “My only hope now is God! If He cares, He’ll come through!” And then you waited…

Just a few verses later (probably a matter of minutes after the mocking), Jesus “cried out in a loud voice” (i.e. He screamed out) “My God, My God, why have you forsaken me?”

And at that moment it becomes clear… Jesus was lonelier than any person has been or will ever be.  His Father, God, was all Jesus had left, and He (God) did not come to the rescue.

If he had heard the words of the religious leaders, “If God wants Him, He will rescue Him” (Matthew 27:43), Jesus must have concluded on the evidence of God’s “no show” that, like everyone else, God no longer wanted Him.

And yet that is not the end of the story.

After the brutal crucifixion came the glorious resurrection.

Today Jesus is “the name above every name” (Philippians 2:9). Today He is the friend of billions (or more) people! Today He is the hope of every lonely person in the world!

Here’s what I am walking away with from this lesson:

Ready to quit? Don’t stop! The breakthrough will follow the breakdown if you keep trusting in Jesus and plodding forward!

My prayer for you, and me, today is that we will be reminded of the love of God for you and me and the companionship of Jesus, for those who trust in Him, as we walk through this day!

One thought on “The loneliest person… ever”

It’s amazing how far you can travel if you just KEEP MOVING.
Yesterday this princess turned TEN!!!
Today I spent a lot of time in the office working on staff products (think planning and paperwork).
Mrs Peterson bought me “old man” white socks. This is horrible. #tightywhitiesonmyfeet
Words... they can build or destroy.
Today SGT Simmons graduated from air assault school. He is the NCO for our UMT (Unit Ministry Team) at @39thbeb.
Loading Comments...
Comment
×
<span>%d</span> bloggers like this: