Yesterday, at Church180, we continued our quest to figure out how to connect to God! 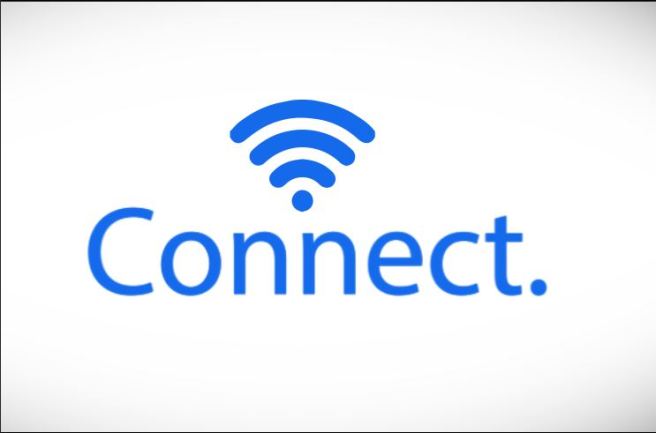 We started off by showing this video:

And then we asked these questions…

The answer to this question is fairly simple… and heartbreaking…

We’ve come under the control of the “Tyranny of Trying.”

In other words… we’ve bought into the idea that we connect with God because of what we do or don’t do (including how we dress on Sunday)!

This bad theology is not a new one. In fact, it’s the primary reason that St. Paul wrote a letter to the church in the city of Galatia! Fairly early on in his letter he had this to say:

Oh, foolish Galatians! Who has cast an evil spell on you? For the meaning of Jesus Christ’s death was made as clear to you as if you had seen a picture of his death on the cross. Let me ask you this one question: Did you receive the Holy Spirit by obeying the law of Moses? Of course not! You received the Spirit because you believed the message you heard about Christ. How foolish can you be? After starting your new lives in the Spirit, why are you now trying to become perfect by your own human effort? I ask you again, does God give you the Holy Spirit and work miracles among you because you obey the law? Of course not! It is because you believe the message you heard about Christ. (Galatians 3:1-5 NLT)

These early Christians were trying to connect to God based on the things they were doing/not doing! Paul called them “foolish” and told them to STOP IT!

I shared a quote from Tim Keller’s book, Reason for God, that gets ALL OVER this matter:

“It is possible to avoid Jesus as Savior as much by keeping all the Biblical rules as by breaking them.

Self-salvation through good works may produce a good deal of moral behavior in your life, but inside you are filled with self-righteousness, cruelty, and bigotry, and you are miserable.

You are always comparing yourself to other people, and you are never sure you are being good enough.

You cannot, therefore, deal with your hideousness and self-absorption through the moral law, by trying to be a good person through an act of the will.

You need a complete transformation of the very motives of the heart.

The devil, if anything, prefers Pharisees – men and women who try to save themselves. They are more unhappy than either mature Christians or irreligious people, and they do a lot more spiritual damage.”

What do you think about what he said?

Seriously, I think that some of the crankiest people I know are men and women who are trying to save themselves by “trying harder.”

Folks who are “trying harder” or “trying my best” may have religion… but they are not Christians.

So what does that look like? How does a Christian connect to God?

“My old self has been crucified with Christ. It is no longer I who live, but Christ lives in me. So I live in this earthly body by trusting in the Son of God, who loved me and gave himself for me.” (Galatians 2:16-20 NLT)

My prayer for Church180 is that we will be a church filled with men and women who trust God and let Him lead our lives… and in the process begin changing the questions that people ask about church and Christians!

Let’s change it from “What do I wear” to “How can I become one?”

That’ll happen when we stop trying so hard to save ourselves and simply start trusting the leadership of the Spirit of God who lives inside of us when we trust Jesus to connect us to God!

BTW, you can listen to the teaching here!

And just like that... everything changed. . First time pass! Super proud of Reagan! She just keeps crushing it! #goodjobbuddy #thedaydadcried
READ THIS QUOTE SLOWLY. You cannot be strong PUBLICLY if you have not trained PRIVATELY. . Lots of people think, “When the time comes... I’ll be ready. My adrenaline will kick in... my positive thoughts will take over.” NOPE 👎🏿👎🏻👎🏽👎 . As the wise man said, “We don't rise to the level of our EXPECTATIONS, we fall to the level of our TRAINING.” . If you’re not disciplined and training PRIVATELY you will not be ready when the moment arrives. . GET UP!!! Worship God, train your body, control your finances, stretch your mind with good books, humbly serve your family... . Get ready PRIVATELY so you can win PUBLICLY! #strongheartstrongback
HUMBLE. If you refuse to be humble you’ll not get better! . HUMBLING. That’s what it feels like on strength training day. I used to be able to squat this many reps with 100 pounds more... then I refocused my efforts on running... then I had knee surgery. . As I squatted today I was a little annoyed at the grunting it took to squat this weight and the next few sets. It was HUMBLING. . Then I thought about humility and realized that RECOVERY CANNOT HAPPEN WITHOUT HUMILITY! . If you will not acknowledge your weakness you will not train, if you do not train you will remain weak. . The best thing I did several months ago was to start doing air squats... then squats with just the bar... then squats with 95 pounds.... . It was hard on my pride to put 10’s on the bar and squat. It was HUMBLING. Fortunately I’ve been humbled and recovered before and knew to stick with it... and I’m getting stronger! . If you’re weak... ADMIT IT! Start training where you are with what you have... and I’m not just talking about physical weakness here! . One more thing... effective recovery cannot be done alone. You need a buddy... and mine showed up in the #garagegym today (had to sneak a video since her contract says no cameras allowed). . Are you weak? Admit it! Get a buddy. Start training! Let’s get strong! #strongheartstrongback
A good man has left the building. . I was introduced to Ravi’s teaching while in college. Though you may not be able to tell, he influenced me as a speaker and thinker. His willingness and ability to grapple with the hard questions of faith made me stronger and more confident as a rookie believer. . Ravi’s love for Jesus, passion for knowledge, and love for people who believed differently than he was infectious. . While I never met him personally he has impacted and shaped me profoundly. . I am grateful for his life and saddened at his death (though I am confident he lives with God and is enjoying the reward of his faith). #resteasyravi
At the end of April I told our girls I would pay them $31 each if they would read a chapter of Proverbs every day in May and share their best takeaway at supper (31 chapters in Proverbs... a dollar per chapter... $31). . This was completely voluntary. They all took the deal. #ofcourse #biblemoney . Our oldest is not able to read yet... but she is still has to participate to get the money. I’ve read a few chapters to her... but her younger sister has taken over. . Today when I went upstairs I saw Riley reading and talking with Lexington. It was beautiful. So gentle... so patient... such a kind teacher. . Our family is better because Lexington is part of the team... and Lex is better because she’s got a ton of awesome sisters... but today Riley really shined. #firsthalfparenting #everyonelearnswhenweworktogether #dinnerandproverbs
Say “NO” more! . repost @39thbeb ・・・ What you want NOW is probably not the thing you value MOST! . Think about it... . Say “NO” to yourself NOW so you can enjoy your life LATER! #bullstrike #motorpoolmondaymotivation
%d bloggers like this: